Popular pop singer Tarsame Singh Saini aka Taz from Stereo Nation has passed away recently leaving his fans teary-eyed. The pop singer took his last breath on 29 April, Friday. He was suffering from a hernia and was supposed to go through a surgery which couldn’t take place due to the coronavirus pandemic. He later ended up in a coma as his hernia worsened.

His health condition had improved recently in March when his management team shared that Taz has recovered from coma, and his health is showing improvements. This news then had provided relief to his fans, but now, the news of his death has saddened them all.

Not only Taz’s fans, but various singers and popular artists have shared their condolences for his family and expressed their grief.

Can’t believe it!!
Extremely Saddened & Shocked…
May he Rest in Peace…🙏💔https://t.co/GUiOWOfJuT

Taz was the lead singer of extremely popular pop-band Stereo Nation formed in 1996. He rose to fame with his superhit album ‘Hit The Deck’ (1989) and was celebrated for songs like Nachenge Saari Raat, Gallan Gorian, Daroo Vich Pyar, It’s Magic and more. 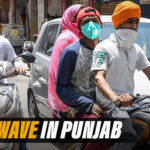