Popular Punjabi star Sippy Gill has finally announced a track. It has been a while since Sippy Gill dropped a song and he is making a comeback with this one. The song has been titled ‘DA Boss’ and will be officially released on 21 August. Sippy Gill made the announcement through his social media account.

The song is the first track of the upcoming album, titled ‘Death Or Glory’ by Sippy Gill. A few days ago, the singer took it to Instagram to share the news of an upcoming song titled ‘DA Boss’ coming up. And now the song has been officially announced.

It will have the strong vocals of Sippy Gill and Gurlez Akhtar. Gurlez is undoubtedly the reigning queen of the Punjabi Music Industry. The lyrics have been written by Sulakhan Cheema while the very famous Laddi Gill has produced the music for the song.

The video of the song has been directed by Sudh Singh. The song was a much awaited project as fans wanted their favourite superstar, Sippy Gill, to make a comeback with a strong song and it looks like ‘DA Boss’ is going to be the perfect song for it, judging by the poster. With a picture of one of the greatest revolutionaries ever, Che Guevara, and a gun in Sippy’s hand, it looks like a bold song is on its way. 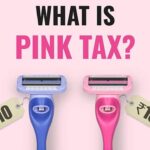 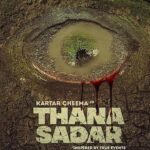