Sippy Gill is finally back and the singer has done all his preparations to make this comeback a grand one. A few days ago, the singer released the official poster of his upcoming song ‘DA Boss’ releasing on 21 August.

DA Boss is going to be the first track of Sippy Gill’s next album ‘Death Or Glory’. The singer had made the announcement regarding the album a few weeks ago, but officially announced it along with the opening track.

The teaser of the song ‘DA Boss’ has also been released. Not only is it the song’s teaser, but it also announces the album Death Or Glory. One thing is very clear that Sippy Gill has not changed a bit. Since he came into the industry, he’s been a strong and bold man who likes to play with guns and talk about them. This album is no different.

The teaser has been beautifully directed and the quality feels top notch. Sippy talks about an anecdote of his young age when a ‘Lootera’ messed up with Sippy’s father. He messed with the wrong man and had a wrong ending to his life.

With the teaser, Sippy gave a hint about what his upcoming album and the song is going to be all about. He’s not afraid to talk about guns in his songs and this time too, the teaser suggests that he’s going to bring up the same type of songs for the audience.

DA Boss features Gurlez Akhtar as the female vocalist and Laddi Gill as the music producer. The lyrics have been written by Sulakhan Cheema. Heera Sohel will be the female lead actress in the music video of the song, directed by Sudh Singh. The much awaited project will be finally in front of us on 21 August. 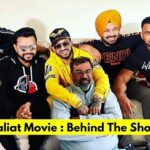 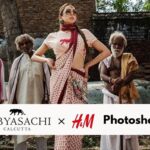