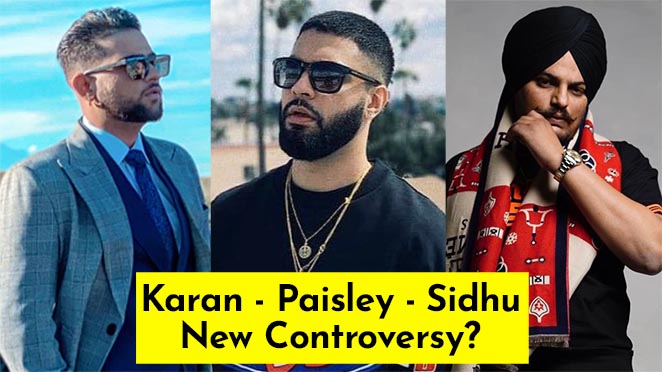 Recently, Punjabi superstar Karan Aujla and a talented rapper from Toronto, Canada, AR Paisley started following each other on Instagram. While it might not seem like something to be surprised at until we try to join some dots from AR Paisley’s previous collaborations.

AR Paisley mainly rose to fame when his car jam video with Sidhu Moosewala got viral on the internet. The artists were seen singing ‘G-Shit’, the same track that was included in Sidhu Moosewala’s most recent album MooseTape, but the both songs had something that made them different. While the raw version of the song that got viral had AR Paisley’s rap in it, it was missing in MooseTape’s G-Shit.

Neither was AR Paisley given any credit for the official song; he was totally missing from the track. And now, the rapper goes on to follow Karan Aujla on Instagram. Though it is not yet known why AR Paisley’s rap is not included in the actual version of G-Shit or why AR Paisley followed Karan Aujla, the two things might seem to complement each other.

In a recent interview, Karan Aujla revealed that there’s a hidden feature in his upcoming debut career album BacThafu*UP and the audience is already making their guesses if the hidden feature is AR Paisley’s. This can only be known when Karan Aujla drops the album, which seems very likely to be dropped this month.

There is no confirmation about the feature by Karan Aujla but all these things are hinting at it. AR Paisley’s rap not making it to the actual G-Shit and then the artist following Karan Aujla, is it all just a coincidence?