Dilpreet Dhillon has always surprised us with his amazing songs. He is known for his peppy beats numbers that can make anyone dance. In 2014, he released his song Gunday No 1 that became an instant hit and Dilpreet Dhillon gained millions of fans who appreciated his amazing singing talents.

So if you and your music buff friends really love his songs then send this quiz to them. Fill up the right lyrics of Dilpreet Dhillon’s songs and be his true fan. 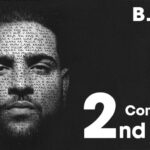