Earlier, the team had revealed the released date of the film through a teaser. The teaser showed Gurnam Bhullar and Sargun Mehta walking down together. The hopes with Sohreyan Da Pind Aagaya are high because of the team that is behind this project.

Amberdeep Singh has written the story of the film and has called it one of the most unique concept we’ve ever seen. Not just in Pollywood, but the story has also never been seen in Bollywood and Hollywood, claimed Amberdeep Singh.

Ksshitij Chaudhary has directed the film and there are no doubts on his direction. He is one of the most reputed directors in the Punjabi Film Industry. The reasons why Sohreyan Da Pind Aagaya creates anticipation are many and as such, it becomes important for the audience to go to the theatres to watch the film on 8 July, 2022. 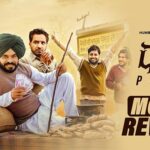 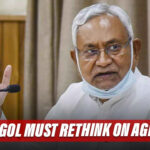