The Punjabi diva Sonam Bajwa undoubtedly is a pretty and gorgeous actress. She has a fan following of lakhs and currently, she is enjoying love and appreciation from fans for Dil Diyan Gallan, season 2. Sonam is hosting the show, and she recently interviewed Indian cricketer Shubman Gill on the same.

The conversation between Sonam and Shubman made headlines for various reasons including Shubman’s confirmation of dating Sara Ali Khan & Shubman’s comment on Urvashi Rautela & Rishabh Pant’s spat. And now, once again, the show’s episode is in the news and this time it’s for Sonam Bajwa’s cricket knowledge.

Sonam Bajwa asked Shubman Gill about his batting order, and to this, Shubman replied by revealing that he is an ‘opener’. And in response to this, Sonam went on to ask Shubman, ‘On what number does he plays as an opener?’. Shubman again explains to Sonam that ‘the batsman who first goes on the field to play is an opener batsman’.

And this is where the fun begins. Sonam says that she knows everything about cricket and then invites Shubman to ask her any 2 questions about cricket. And Shubman asks Sonam the conditions on which a batsman can get out.

The women meme has definitely gone viral once again after Sonam Bajwa’s fun and hilarious cricket quiz by Shubman Gill. Though Sonam Bajwa failed, she passed in cracking the audience. 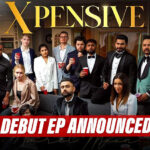 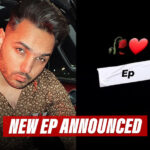