Punjabi actress and social activist Sonia Mann has been constant in providing her support to the farmers during their tough protest. It was very recently when the reports and some newspapers were claiming of her joining the Shiromani Akali Dal Party under Sukhbir Badal.

It was even rumored that the popular actress will be joining the political party on 12th of November. But any official announcement from the actress’s side was pending. Days passed and Sonia has now officially declared that she isn’t associated with any political party.

Sonia Mann has made an end to the rumored report by announcing it on her social media and said not to spread any fake news of her joining any political group as she has not taken any step for it.

According to the previous reports of News 18, Sonia was meant to join the Akali Dal party on 12th November and that she will be a part of Punjab Assembly polls in 2022 as a candidate from the same party under Sukhbir Badal. The official announcement of Sonia Mann joining the party and standing up as a candidate from Mohali’s seat replacing Gurmeet Singh Barakpur, BSP candidate, was also supposed to be made by the president of Shiromani Akali Dal, Sukhbir Badal.

Not just this, it was rumored that Mann would soon join the Aam Aadmi Party (AAP). Rounding and floating of all these reports and rumors the actress made it to the end by denying every fake talk circulating around as she had made it all the way clear by sweeping on the rumors and fake news. Now people, too, are assured of her not getting into politics any soon. 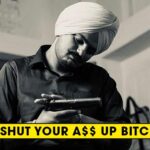 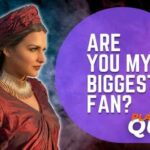