Sonu Sood who has been known for villainous on-screen performances emerged as a messiah to daily wage workers during the COVID-19 lockdowns. He is known to help people whenever they are in need. This time again, Sood who’s the epitome of humanity and help rushed to save a 19-year-old boy’s life.

Recently, Sonu Sood turned into a real-life hero when he got down from his car to save a boy’s life from a deadly car accident. A video shows Sonu unlocking the doors of a car and pulling out an unconscious 19-year-old young boy. The accident happened at the flyover where Sonu Sood was traveling. As soon as the actor saw the state of the car, he stepped out and rescued the young boy. The accident-met car was interlocked, but the hero somehow managed to open it.

ALSO READ | I Am No Messiah: Autobiography of Sonu Sood Soon

Sonu Sood picked the boy in his arms and took him to the nearest hospital in his own car. The actor not only accompanied the boy to the hospital but was also present there while he was undergoing treatment.

Reportedly, the accident could have proved fatal for the youngster if Sonu wouldn’t have lent help to the boy on time.

Once again Sonu Sood has proved that he is a ‘saviour’ to many people. His heroic act won millions of hearts. Indeed a messiah in more ways than one, we hope he continues doing all the good work! 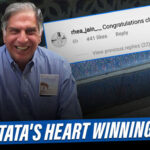 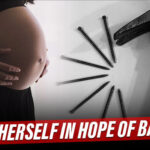