Do you remember the online buzz about the mystery girl in the poster of an upcoming song? The poster had Sonu Sood in it with a girl whose face was not revealed.  And guess what? She is none other than Punjabi singer Sunanda Sharma.

The upcoming song ‘Pagal Nahi Hona’ has been written and composed by Jaany, whereas Avvy Sra has done the music for it.

Both Sood and Miss Sharma took it to their social media accounts where they revealed the suspense and we got to know that Sonu Sood will be sharings screen with Sunanda Sharma.

Sharing the picture, both shared the same caption as well. They wrote,

As Sunanda Sharma will be singing the song, we can expect it to be Punjabi track. And the bollywood gabru Sonu Sood will be seen for the first time with Sunanda Sharma. Also it will be his first project with popular lyricist Jaani.

Also Read: Shree Brar To Get His Next Hearing Date On Monday 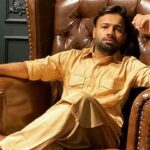 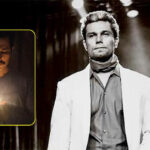