Sony Maan recently came out with a totally unexpected yet brilliant track, Sun Tatta Tatta. It was penned down by Happy Bandale Wala, who was successful in bringing out the truest image of today’s society. Besides all the points that the song covered in its deep meaningful lyrics, it also took a jab at singer Simiran Kaur Dhadli for her song Lahu Di Awaaz.

Lahu Di Awaaz was undoubtedly one of the most talked about songs of the year. The controversial song aimed to criticise the various social media influencers and models who ‘showed their body on social media for a few likes’. It was the major theme of the song which went on to divide the audience in two sections, in favour and against the song.

One part of the song, Lahu Di Awaaz, also fired shots at influencers making content on reels. “Aj Kal Ankhaan Mank’aan Rukiya Firdiya Reel’aan Te” were the words of Simiran to describe how these influencers were ‘contaminating’ the media. Sony Maan has used her latest song to take a jab at Simiran for this very line.

Using some clips, Sony Maan’s song bashed Simiran for promoting her song ‘Barood Wargi’ through reels and then criticizing the same platform and influencers. In short, Sun Tatta Tatta tried to bring out the ‘double-face’ of today’s society by taking real-life examples of Simiran Kaur Dhadli in support.

ALSO READ | If You’re Finally Over Lahu Di Awaaz, This Reply Song (White Blood) Presents The Other Side Of It

In the video, it can be clearly seen that various influencers are making reels on Barood Wargi, and hashtags used by them, ‘Reels Promotion’, implied that they were self-promoted reels by the makers of the song. Simiran Kaur then went on to bash reel and reel-makers in her next song, Lahu Di Awaaz.

This year has already seen too much drama around the song Lahu Di Awaaz, and even months after its release, the drama doesn’t seem to settle down! Many influencers, artists and celebrities have bashed Simiran Kaur Dhadli and her ideology in Lahu Di Awaaz and Sony Maan has now joined the list. 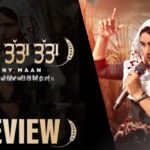 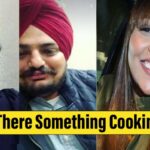