After Mahendra Singh Dhoni, Mohammad Azharuddin and Sachin Tendulkar, Sourav Ganguly is the next prior Indian cricket captain whose life will be depicted on the big screen. The current president of the Board of Control for Cricket in India, Sourav Ganguly has said yes for the project. According to the news report, it will be a big-budgeted film, amounting to Rs 200 crore to Rs 250 crore. Moreover, it is assumed that Ranbir Kapoor will be playing a lead role as ‘Dada’ in this upcoming film.

The former cricketer confirmed the news about the film and said, “Yes, I have agreed to the biopic. It will be in Hindi but it is not possible to say the name of the director now. It will take a few more days for arranging everything”

It is also said that, script of the film is still being written and will take the entire journey of former cricketer Ganguly. From the iconic debut at Lords and to finally becoming the president of the BCCI.

Meanwhile, there were many rumors regarding the biopic of Sourav Ganguly, but this time he himself nodded and admitted the confirmation.  The shooting for the film will start after the pre-production work is completed. For now, the matter is being kept confidential. 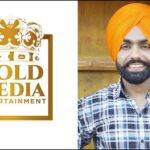