The entertainment industries across the world wait every year for Emmy Awards. The awards are highly desirable and of international recognition. Every actor, filmmaker and everyone directly or indirectly associated with cinematic projects wish to get nominated & win prestigious awards at least once in their lifetime.

And on July 12, Emmy Awards officially released the list of nominations for their 2022 award distribution. And one show among many others has grabbed the news headlines across the world. We are talking about Squid Game, which unlike in the past, has managed to become the first-ever non-English show to get a remarkable place in Emmy Awards.

The Korean show has grabbed a total of 14 nominations under various categories at the Emmy 2022. And some of the nominations are really very prominent. Squid Game is nominated for Outstanding Drama Series, which also includes the U.S. shows; Euphoria, Ozark, Severance, Better Call Saul, Stranger Things, Succession, and Yellowjackets.

On the other hand, Lee Jung Jae has also been nominated for the Lead Actor in a Drama Series.

And Jung Ho Yeon has grabbed the place in the nominations for Supporting Actress in a Drama Series.

Also Read: Koffee With Karan: KJo Reveals Actors Request Him To Edit Out Their Controversial Statements 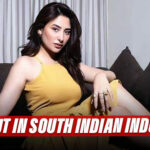 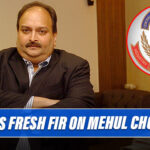