An Indian born, Korea-based actor of Netflix’s global series ‘Squid Game’, Anupam Tripathi, recently shared that he was not prepared for the series to become a global sensation.

The Delhi based actor revealed, “We felt that it would be received well, but when it became a phenomenon and sensation, it was not expected, I was not prepared.” Further, the actor added that his popularity went like a shot after the show premiered. “I still remember, September 17, 2021, 4 p.m., my life was OK, but after 5 p.m., it became huge, humongous — suddenly everyone was messaging me and it was ‘Ali,’ ‘Ali’,” he said.

Speaking of Ali’s character in the show, he is a poor immigrant from Pakistan who enters the contest to provide for his family after his employer denies him payment for his services. The actor also disclosed how he prepared for the role. He said that when he was cast he did not have the correct body shape and had to put on weight as Ali is known in the show for his strength. “I gained 5 or 6 kilograms and at least looked like somebody who has some power,” he revealed.

Moreover, the actor is looking at doing more work in South Korea including in different dialects of the language. He is also fluent in English and Hindi. As he said, “This was just the starting point for me. Let’s see how far I can move on in a better way as an actor or on my craft.” 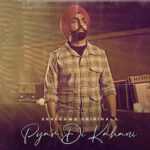