One of the favorite duos of the Bollywood industry that is Salman Khan and Shahrukh Khan are hitting the headlines for working together in their upcoming films. SRK has been making headlines every now and then but this time it’s for the collaboration with Salman Khan for his film ‘Tiger 3’.

Reportedly, Shah Rukh Khan has begun shooting for the film and will be seen playing the role of a RAW officer. Besides SRK and Salman, the franchise also stars Katrina Kaif and Emraan Hashmi in pivotal roles.

But all the reports are not true, as Times Of India have reported, that SRK will be giving his cameo in the film ‘Tiger 3’. “But they’re not shooting it now. They will shoot together in February 2022,” a source close to the portal revealed. However, an official confirmation about the same is yet awaited.

Moreover, the shooting of Siddharth Anand’s directorial ‘Pathan’ was supposed to commence long ago, however amid SRK’s son Aryan Khan’s drugs controversy, SRK postponed all his work commitments. The film also stars Deepika Padukone and John Abraham in pivotal roles.

Also it has been reported that Salman Khan will also give his cameo in ‘Pathan’. And he has already shot his portion for ‘Pathan’ before the lockdown.

Further, it’s been a while since fans have witnessed Shah Rukh Khan on the big screen. Everyone is waiting for the star to return on the screens with something exciting soon. 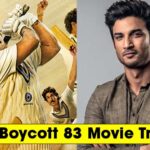 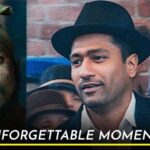