Salman proves that “a friend in need is a friend indeed”. After the ShahRukh Khan’s son Aryan Khan case, a video is going viral all over the internet. The video clip is from the grand finale episode of the third season of Dus Ka Dum. The episode was aired in 2018, it had SRK and Rani Mukerji as special guests.

Moreover, In the video, Salman Khan asks Shah Rukh, “Do you have anyone who is always there through thick and thin?” Responding to which, he says, “If ever I am in trouble, more importantly, if my family is ever in trouble, I know you are there.” and the Bigg Boss host Salman Khan has proved it to be right.

Interestingly the video has surfaced just after Salman Khan paid a visit to Shah Rukh Khan’s residence amid the ongoing investigation by the Narcotics Control Bureau (NCB) into a suspected drugs racket. The video has gone viral just days after Shah Rukh’s son elder Aryan Khan has been arrested in the case. It is shared by one of his fan clubs with the caption, “Salman proved this line true.”

As, after the King Khan son Aryan Khan got arrested by NCB, Salman Khan was snapped arriving at Shah Rukh Khan’s bungalow, Mannat, on October 3.

Meanwhile, a magistrate court on Friday rejected Aryan Khan’s plea for bail on grounds of maintainability and jurisdiction of court. It rejected bail pleas of his friend Arbaaz Merchant, 26, and Munmun Dhamecha, 28, as well. 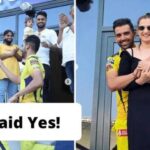 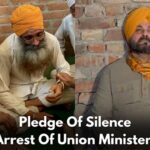