The shooting of the film has been halted for now. And there is no confirmation on when the shooting will resume. The film also features Kiara Advani and Prajakta Kohli in lead roles.

We really hope the actors recover soon and get back on their work soon.

Other than this news, Varun Dhawan is in news for his another upcoming film ‘Coolie No1’ with Sara Ali Khan opposite him. The film is scheduled to be released on Christmas this year. But his diagnosis with COVID can affect the promotions of the film adversely.

We wish the team a speedy recovery.

Must Read : Kangana And Diljit’s Unstoppable War On Twitter 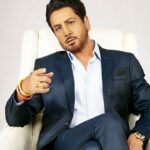