Recently, the political tussle between AAP chief and Delhi CM Arvind Kejriwal and former AAP leader Kumar Vishwas came to the fore when the Punjab police reached the residence of Kumar Vishwas early morning and he tweeted:

Now, the Punjab and Haryana High Court on Monday has stayed the arrest of former Aam Aadmi Party (AAP) leader and renowned poet Kumar Vishwas in connection with a case of allegedly making ‘inflammatory statements’ against Delhi Chief Minister and AAP supremo Arvind Kejriwal accusing him of having links with ‘separatist elements’.

Vishwas has contended in his plea that the FIR is a result of a malafide intention and an abuse of the process of law and that the FIRis nothing but filed with an oblique motive to settle the political scores since the alleged statements/interviews were given in Mumbai and the FIR was registered in Punjab.

The complainant had alleged that the statements made by Vishwas were likely to vitiate the peaceful atmosphere of Punjab.

Last week the High Court had reserved its order on interim reliefs sought by Vishwas, the Bench had also issued notice to the Punjab State Government and to respondent no.2/complainant (through Advocate Kanika Ahuja).

The FIR against Vishwas was registered on April 12 on the allegations that he had given provocative statements against Delhi Chief Minister of Arvind Kejriwal in the interviews given to certain news channels between February 16 to February 19, wherein he had stated that Kejriwal was involved with certain nefarious and anti-social elements.

In a petition filed in the High Court, Vishwas had argued that the first information report had been filed out of malafide intention and that the case was an abuse of the process of law. The poet had contended that the FIR was filed with a motive to settle political scores. Vishwas pointed out that he had made the alleged statements in Mumbai but the case had been registered in Punjab, where the Aam Aadmi Party is in power. 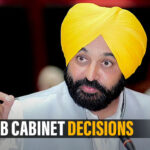 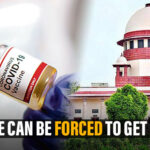