The last few months have been owned by the name Simiran Kaur Dhadli. Her song ‘Lahu Di Awaaz’ brought disturbances in the whole Punjabi industry and everyone, from big celebrities to social media influencers, were talking about it.

However, not all reactions were in support of the song. While people praised the song for taking a stance against ‘nudity’ on social media platforms, another section of people called it ‘the definition of Slut shaming’. Her song was also taken down from Youtube after Meetii Kalher, a social media influencer whose clips were used without her permission in Lahu Di Awaaz, filed a copyright claim against it. As of now, the official song is not available on Youtube.

Not only this, even her official social media account was removed from Instagram! Fans speculated it was the result of a mass report from the users. Referring to the same issues, Simiran Kaur Dhadli recently put up an Instagram story. She wrote, referring to people against her, that you’ve tried all possible methods to defame me or affect me, but I am still standing strong, just like I always was.

She mentioned that her account was deleted, the official music video was removed, FIRs were filed against her, criticised by various critics and even threatened to apologize, but she did not move a bit. She is still there, standing strong with the same fire in her eyes that she had before! Though she did not mention anybody specifically, she was probably taking a dig at Meetii Kalher who filed the copyright claim against her video. 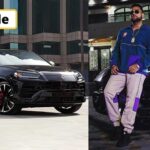 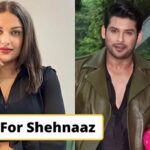