Now, after these corruption charges and string operation controversy, Delhi BJP president Adesh Gupta has expelled all the four the councillors from the party on April 15.

The expulsion orders issued by the Delhi BJP president, say:

“As per the constitution of the BJP, your primary membership is scrapped with immediate effect and you are expelled from the party. The BJP maintains a zero-tolerance policy towards corruption”.

Last year too, the BJP had suspended three of its councillors facing corruption charges.

“A probe will be conducted by the party into the allegations. As we have no tolerance for such acts, they have been expelled with immediate effect”, said the Delhi BJP spokesperson Praveen Shankar Kapoor.

While the AAP has also suspended its 3 councillors. The AAP MCD in-charge Durgesh Pathak has said that the action has been taken as the party has zero-tolerance for corruption.

The sting operation had shown the councillors demanding around Rs 20-30 lakh for laying cables, parking contracts and other work. In some cases, the husbands of some councillors were shown allegedly demanding a bribe. Delhi Congress president Anil Chaudhary has demanded that the investigation of this case be handed over to the CBI. 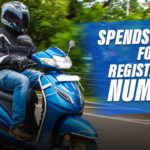 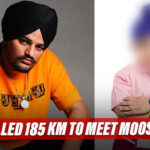