If you are a fan of Cricket then you must be aware of the name Dinesh Karthik. He is an outstanding cricketer who has proved his worth and skills in various matches. But do you know, away from the cricket field, he has struggled a lot in his life?

He witnessed his wife cheating on him with his friend, was divorced & even thrown out of his cricket team and a lot more. And there is someone who got inspired by this story and decided to share it with the world. Film director and writer Avinash Das took to his Twitter and wrote about Dinesh Karthik. And the most beautiful thing about his tweet is that he did not dedicate a single tweet, but a thread of seventeen tweets.

In this tweet, Avinash wrote about Dinesh’s debut in the Indian Cricket Team in 2004, and his marriage with his childhood friend Nikita Vanjara in 2007.

In the second tweet, the writer put light on Dinesh’s happy married life and his captaincy in Tamil Nadu’s team in Ranji Trophy. In this tweet, he also introduced Dinesh’s friend Murli Vijay who was the opener in his team and was later selected for the Indian Cricket Team as well.

After this the story reforms into a tale of betrayal. This tweet reads how regular meetings between Nikita and Murli brought them close to each other. And how they got into an affair and started meeting each other more often.

Next, Avinash revealed that the entire team except Dinesh knew about the affair between Nikita and Murli. In 2012, Nikita got pregnant and revealed to Dinesh that he is pregnant with Murli’s child. This broke Dinesh and he got divorced with her.

Just a day after the divorce, Nikita got married to Murli. And Dinesh was in depression when after three months Nikita and Murli became parents. Karthik became an alcoholic as he couldn’t stand the betrayal by his wife and friend.

Then, Dinesh became Devdas. He was excluded from the Indian team and he also failed in Ranji Trophy. Captaincy of Tamil Nadu’s team was also snatched from him and he was thrown out of IPL too.

Dinesh stopped his regular workouts and used to talk about suicide. And his gym trainer forced him to come to the gym after one day he visited Dinesh and saw him devastated.

Indian Squash Champion Dipika Pallikal also used to come to the same gym for training, and after knowing about Dinesh, she also joined hands with Dinesh’s trainer to counsel him.

On the other hand, Murli’s game was going down and he was dismissed from the Indian team. Following his bad performance, he was also shown the way out from IPL’s Chennai Super Kings. And Dinesh was continuously practicing with Dipika.

Slowly Dinesh started scoring well in home cricket and was selected in IPL too. He was made the captain of Kolkata Knight Riders and then he also got married to Dipika.

He was thinking of retiring from Cricket, and at the same time, his wife Dipika was pregnant. Soon they became parents to twins.

After the couple became parents, here comes the story of their dream home.

Dinesh was then invited by MS Dhoni to join Chennai Super King as the wicketkeeper of the team.

Avinash then wrote about the success of Dinesh in the 2022 IPL.

Even Virat Kohli bowed in front of 37 YO Dinesh to honor him.

In last but not the least tweet, Avinash Das penned why Dinesh’s success story is highly inspirational for all of us. He ended the thread by writing,

Avinash undoubtedly has beautifully narrated the life story of Dinesh Karthik in these small tweets. The netizens are highly appreciating the cricketer and the writer too. 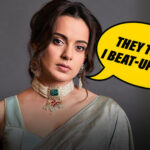 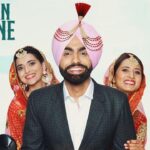