The Bharatiya Janata Party has been criticised by not just the opposition but even its own leaders now, for dropping union minister Nitin Gadkari from the party’s parliamentary board. Yesterday, after the reshuffle in the top body of the BJP, surprisingly, Mr. Gadkari and Madhya Pradesh CM Shivraj Singh Chauhan were dropped from its parliamentary board.

On one hand, the Nationalist Congress Party (NCP) has taken a jibe at the BJP for dropping Gadkari, the leadership of the Saffron party has now been criticised by its own leader and former Rajya Sabha MP Subramanian Swamy. In a tweet, Swamy attacked the BJP over no elections for any post, but only nominations of those approved by PM Modi. His tweet reads:

As soon as Subramanian Swamy tweeted, the replies from netizens flooded on his post. While some have strongly supported his statement, the others have opposed, questioning him of speaking against the party line. However, Swamy cleared that he never speaks against the party, but the wrong actions. He even added that he has nothing do with even anyone’s personal life, and has never said a word on such issues.

Yesterday, the saffron party appointed former Karnataka Chief Minister B.S. Yediyurappa, Union Minister and Assam’s former CM Sarbananda Sonowal, and former minister Satyanarayana Jatiya to the BJP’s Parliamentary board as part of a significant organisational reshuffle. However, dropping Mr. Gadkari is seen as a big surprise for the people not only in the political space but even in Maharashtra.

Nitin Gadkari, one of the most senior cabinet ministers in the Modi government, is the Lok Sabha MP from Nagpur. He has more than a decade-long experience, working with prominent politicians like former PM Shri Atal Bihari Vajpayee. Moreover, Gadkari is considered as one of the closest aides of the Rashtriya Swayamsevak Sangh (RSS). 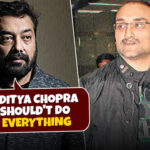 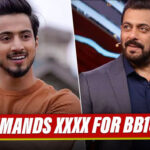