Muzical doctorz Sukh-E who has created a place in the music industry with party anthems and upbeat songs. The artist is coming up with a new banger ‘Focus’ along with singer and composer Ikka Singh aka Ankit Singh Patyal. The song will be released on 14 September.

Both artists have dropped the poster of ‘Focus’ on their respective Social media. The poster is revealing the look of Ikka and Sukh-E in the song. Talking about the team of ‘Focus’, the lyrics and music will be given by Sukh-E, who will also croon the song.

Moreover, the video of the music is directed by Robby Singh. The song will be rereleased under Saregama Originals.

All the fans are waiting for this biggest collaboration of famous singers Ikka and Sukh-E. They have earlier collaborated for the song Sheesha Down, in which Ikka gave his rap and Sukh-E produced the music. Now, the news of this song has been making another craze among youngsters and it is for sure that all the fans will be entertained. The array of high-profile collaborations have increased the excitement level. 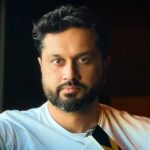