A moment of pride for the sikh community, Sukhman Gill has become the first ever sikh man to be featured in an International brand commercial that is Harry Rosen. Iconic Canadian retailer Harry Rosen has launched an industry first in men’s luxury grooming with a curated offering of essentials for hair, face and body.

An actor and model based out of Toronto, Canada Sukhman Gill has always been part of the theatrical world but began his pursuit in acting not long after finishing his studies in Architecture. Since then he has continuously worked in the industry & has even started writing to make himself more well rounded. All in an impressive 1.5 years, Sukhman has managed to take part in some huge commercials and campaigns some of which include Under Armour, Holiday Inn, Doritos, Hershey’s and can also be seen in short films, music videos and small roles in both movies and TV shows.

And recently he shared a clip in which it can be seen that he is the first turbaned man who has been featured in Harry Rosen. Also, he shared a great message behind this, which reads, “HARRY ROSEN Commercial 2021!When I step out into the world & people LOOK they don’t see me, they don’t see Sukhman Gill they see a Sikh man, they see a Turban. So when I step out I have a responsibility to portray my people in the best light possible, because I don’t just represent me but an army of people that look like me. Once again Super grateful to be apart of this big campaign with Harry Rosen”

He lays every Sardar joke to rest with a mustache and his turban that he wears with as much style as he does with dignity.

Hence, the company said the new grooming line intentionally includes tools and products for all skin and hair types. It also showcases best-in-class products at a range of price points, with the goal of establishing Harry Rosen as the destination for men’s grooming. With a selection of the finest blades, brushes, beard oils, shaving soaps, skincare and fragrances to suit each unique individual, every man has the opportunity to elevate their grooming routine, said the retailer.

As they chose the Sikh Man for their commercial, it just shows how the community is proving its presence worldwide and making a statement in all fields at international stages. 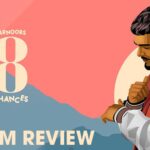 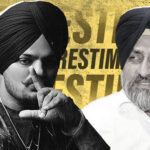