Sony Maan has just released her new track, Sun Tatta Tatta, on the official Youtube Channel of 62 West Studio. And let us clear it in the first instance, this is a perfect reality-check and has no filters to it. Sung by Sony Maan and written by Happy Bandale Wala have brought out a song that will hit you hard with facts!

The song features music produced by CK Rocks. What is going to grab our attention are the lyrics of the song. There is not one line in the song that you cannot agree to. It has tried to bring a whole new situation and problem to society in every single sentence! It is hard to find such songs being made in the industry, but whenever they are, they slap hard!

The song begins by taking a dig at the fake relationship-building going on in today’s world. We have seen various cases of girls and boys marrying each other for financial benefits, Visas to Canada and other selfish reasons. And Happy Bandale Wala has just brought out that ugly face of today’s ‘love-relationships’.

The song takes examples from real-life incidents to support the lyrics, be it the Lakhimpur Kheri Case, Simiran Kaur Dhadli’s Lahu Di Awaaz and so much more. Every line holds a meaning to it and the video just doesn’t spare any scope of questions. How can one question something that’s happening in front of their eyes!

The song also brings the ‘Godi Media’, Sikh Genocide 1984, the ugly face of the governments, farmers protest and anything to everything thats happening in our society. Sony Maan and Happy Bandale Wala have delivered their career best performance in this song. While there might be many from the audience that might find some facts disturbing or might even disagree with many of them, there’s no doubt to the fact that the majority of the audience will be left astounded and shocked to see the reality of today’s society. 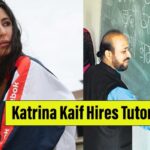 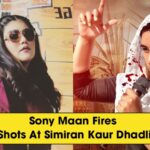