Popular Punjabi Singer Sunanda Sharma has announced her next song. It has been titled ‘Chori Chori’ and is all set to release officially on 6 August. It’s been a long time since Sunanda Sharma has come out with a song and the audience is excited for this one.

The song has been penned by none other than Jaani. Jaani is surely one of the most prolific writers in the industry and he’s proved himself over and over. The music of the song has been produced by Avvy Sra, who is another talented music producer on the team.

It will also feature model and actor Priyank Shamra. Priyank has mostly risen to fame from his performances in various reality Tv shows. He has been a part of Bigg Boss 11, Splitsvilla 10, Roadies season 15 and many more. His performances in all the tv shows have been spectacular which has gained him a huge fan base. His feature in Sunanda’s song is going to be a must-watch.

The video featuring Priyank Sharma and Sunanda Sharma has been directed by Arvindr Khaira. The team of the song is very promising and all of the actors, producer, director and artists involved are the best in their fields. The audience has flooded the comment section of the reveal post with positive comments and they’re looking very excited for this one! 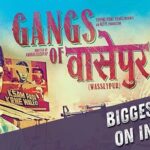