Sunanda Sharma, known for her peppy songs, bubbly nature and trendy outfits, never misses any chance to engage with her fans on social media.  She is quite active on social media and always shares quirky videos of her songs.

This time again she did the same. The singer’s short video resonated with fans, many of whom said the video was very relatable. In the said video, Sunanda plays a double role, one of a Desi Indian mother and the other of her child. She opens the refrigerator and sees the empty water bottles. She immediately starts outraging and yelling at the child, played by herself, for not filling up the bottles.

When the mother took Chappal in her hand, Sunanda started running around the house and filled the bottle. It was totally relatable to Indians as in the summer season, this issue occurs a lot and undoubtedly many of us have definitely got flying Chappal for this. It is soon going to become a household story again.

Nowadays, Sunanda is known for her comic timing, and it appears that the singer is finding a lot of pleasure in tickling the funny bones of the netizens. And this video is a proof of the same. Take a look.

However, Sunanda’s act to entertain her fans was a good attempt on her part. People appreciate her for whatever she does to make everyone laugh. They wish to see more of such videos and hope the singer keeps on getting even better ideas to entertain her fans and bring smiles to their faces. 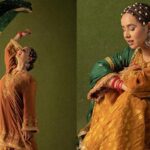 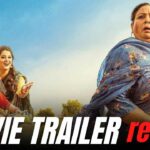