There is no doubt to the fact that the modern world is owned by memes. This short-term content has taken over the world like a storm. From a common man to the world’s richest man, from the audience to celebrities, everyone is a fan of memes. The meme culture is also quite popular in the Punjabi music industry and Punjabi Singer and actress Sunanda Sharma just made the meme-game better.

Sunanda uploaded a short video on her official Instagram account on Friday. The video featured Sunanda selling cauliflower with the popular “Gobhi Lele” meme song playing in the background. The singer titles the video “DIR FITE MUH”. The audience and Sunanda’s fans can’t hold their laughter and are commenting excessively on the video.

The “Gobhi Lele” song gained popularity on the Chinese short video platform, Tiktok. The song is actually a turkish song, named “La Câlin” by the turkish music producer Serhat Durmus. It was uploaded by the artist 3 years ago and has garnered 164 million views on youtube. The turkish music producer is a renowned artist of the Electronic music genre and many of his songs have suddenly gone hit just like the “Gobhi lele song”. 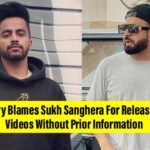 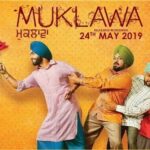