Albums are what is most focused on by any artist in the Punjabi industry this year. Most singers like Diljit Dosanjh, Karan Aujla, Sidhu Moosewala and more have released their best of the songs through the albums. And female singers too were not left behind, since Nimrat Khaira also announced her upcoming debut album, ‘Nimmo’. Now Sunanda Sharma has also updated the fans with a slight hint about her forthcoming tape.

‘Duji Vaar Pyar’ was the song when after the success of it Sunanda announced that she is coming up with an album after seeing the love for her and the song from the audience’s end. She then regularly updated the fans for a while about the same and on 8th August, 2020 even announced that the first song from an unnamed album will be released within that week. Moreover, she posted more videos and pictures with her album team. However, she then disappeared from posting more about her tape.

Later, in an interview she even revealed that she had her unnamed album planned for the year 2021 as more of the albums were releasing this year and she can also be the passenger in the sailing ship. But COVID became an obstacle and she couldn’t proceed in doing that. The fans are now very excited as she is finally coming up with her album as updated by her through her latest instagram post in which she revealed that her debut album is currently in the making phase.

ALSO READ | Sunanda Sharma Had An Album Planned For 2021, Postponed Due To The COVID Situation

It is much clear from her former posts that the album’s songs have been written by the very talented Jaani, whereas the music’s department is handled by Avvy Sra. Arvindr Khaira will be seen as the director of her music videos.

We saw some previous superhit collaborations of Jaani and Sunanda Sharma in the songs like ‘Jaani Tera Naa’, ‘Sandal’, ‘Morni’ and others which came out to be a massive hit and applaud gainers. Now, as the update has been given by the singer after a long time, it made us way more excited as this is what much needed from Sunanda Sharma’s side currently, the album.

ALSO READ | Do You Know How Sunanda Sharma And Simi Chahal Met Each Other? 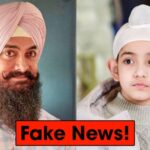 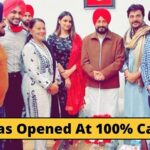