Sunny Malton has become the headline for many media houses and controversies since the last few days. If you aren’t aware of what happened recently, here is the base story for you.

But now Sunny Malton has finally opened up and spoke about the matter of his youtube channel, Byg Byrd and other topics as well. In his recent live session on Instagram, he talked about what exactly made him change the name of Brown Boyz YouTube channel to Sunny Malton, and who deleted the two videos from the channel.

He cleared the fact that Brown Boyz was the outcome of hard work by both Sunny Malton and BygByrd equally. He said the rights on the channel were owned by them both as they were two who put their heart and soul into it. But the channel was initially an individual channel of Malton which was later renamed Brown Boyz Records.

He also said that his personal relationship with BygByrd was suffering for the last 4-5 months, as they had no conversation but only talked about business. As Malton said, BygByrd worked on a song with Tarna and uploaded it on the YouTube Channel of Brown Boyz Records without informing or letting him know about it.

Sunny didn’t know who Tarna was and hence checked his Instagram profile where he found out Tarna mentioned ‘Brown Boyz’ in his bio, which Malton did not like at all. He stated that he worked hard for years on this channel and built the reputation it has today, not for not knowing who is using its name.

Later Sunny found out that BygByrd has signed Tarna with Brown Boys without Sunny’s consent. All this resulted in damaging their personal relationship.

In the live session, Sunny also talked about Big Boy Deep and Sidhu Moosewala. Comparing Big Boy Deep with Tarna, he said, Deep also joined the team of Brown Boyz but unlike Tarna, with both Malton and BygByrd’s consent. And he also felt bad that he always stood up for BygByrd, as he even stood against Sidhu Moosewala for him.

Talking about Moosewala in his live session, Malton said that he never charged a penny for rapping in Moosewala songs, as he always knew Sidhu is a big star, he working with him will bring him more projects.

For now BygByrd has not revealed his side of the story, but if what all Malton said and revealed, we must say it’s not always good to judge someone without knowing the complete story. 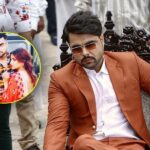 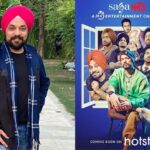