The Supreme Court bench headed by Justice U U Lalit, handed down a four-month sentence along with a ₹2,000 penalty to businessman Vijay Mallya on Monday in a contempt case involving his now-defunct Kingfisher Airlines and a bank loan default of over 9,000 crore rupees.

On May 9, 2017, the Supreme Court found Mallya in contempt on two counts for ignoring a request that he completely declare his assets and for flouting a Karnataka High Court decision prohibiting him from transferring those assets. The court determined that had not revealed the transfer of $ 40 million to his children after receiving it in his account.

In today’s hearing, Malya has also been directed by the Supreme Court to return the $40 million he had sent to his children with 8% interest within four weeks, or attachment proceedings will be brought against him. Vijay Mallya has been in the United Kingdom since 2016.

“The Government of India and all agencies concerned should give help and full cooperation,” it added. In case the funds are not so deposited, the recovery officer concerned shall be entitled to pursue appropriate procedures for recovery of said amount,” the Supreme Court stated.

As tweeted by news agency ANI:

Vijay Mallya has been residing in the UK since March 2016 and is now out on bail following the execution of an extradition warrant by Scotland Yard on April 18, 2017. 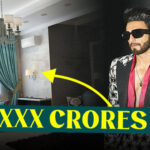 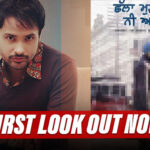