The online war going on between two of the most renowned rappers of the country, Kr$na and Emiway Bantai, has just gone ugly. Swaalina, rumored to be Emiway Bantai’s girlfriend, put up an Instagram story calling out the people giving her rape threats and abuses.

She wrote that she had decided to take legal action against all the abusers and reported them to cybercrime.

Elaborating her message, she mentioned that “this cheap act of a rapper was spoiling her mental health because of his fans’ harassment”. While she did not mention anyone specifically, the audience was bound to believe that the ‘rapper’ she was mentioning in her story, was Kr$na. To follow up, Emiway Bantai soon put up the Swaalina’s story on his Instagram handle and wrote that this is not what Hip-hop teaches us.

Things started back when Emiway Bantai announced through a tweet, that he was the biggest artist in the world! Rapper Kr$na came up with a tweet just after Emiway. He wrote, “I’m the biggest artist, in your girl”. There was no mention that it was directed towards Emiway, but the chronology of the tweets and the sense made space for the audience to speculate that Kr$na was taking a dig at Emiway’s “biggest artist comment.”

Kr$na soon came up with a probable reply, he went on to post another tweet saying that if he’s being honest, at least two others have been there too, referring to his “in your girl” tweet made earlier. This made fans of both the artists go head on head with each other in the comments and a beef started cooking up between the artists.

Kr$na did not stop here. He posted another tweet saying that imagine being up at 2am and looking at a male cross dresser on Instagram just because he tweeted. Again, the tweet did not mention anybody specifically but only the dumbest man on the planet would not understand what he was meaning.

This was Emiway’s turn to reply who wrote that he’s always learned to respect women (probably a back reference to Kr$na’s tweets). He added that he might be wicked but he doesn’t disrespect someone’s Gf or mother!

Kr$na and Emiway Bantai’s beef was not just limited to them but brought in the fans of both the artists and even Swaalina. Emiway’s tweet that he doesn’t disrespect someone’s GF made the audience believe that he was talking about Swaalina. Later, Swaalina’s story has made the story worse and now it has turned legal! We await how Kr$na will be reacting to this, if he’ll actually be! 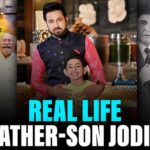 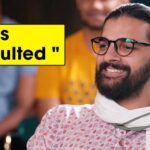