The SYL canal issue is one of the topmost burning issues in Punjab for decades. However, the efforts had always been made to come to a solution, but no one succeeded yet. Similarly, the today’s meeting between Punjab Chief Minister Bhagwant Mann and Haryana CM Manohar Lal Khattar, on the Sutlej Yamuna Link (SYL) canal issue, reportedly, failed to reach an agreement. Furthermore, both the chief ministers will now be updating the Union minister of water resources – Shri Gajendra Singh Shekhawat, about the outcome of their meeting.

Additionally, after the meeting, Punjab chief minister Bhagwant Mann, while addressing the mediapersons, said, “I had a long discussion with Haryana CM Khattar Ji and his team. I very stringly have put across Punjab’s side.”

Furthermore, CM Mann claimed that former chief minister Parkash Singh Badal during his tenure, permitted the then Haryana CM Chaudhary Devi Lal to conduct a survey for the construction of a canal. “After 25 years, all such agreements must be amended. However, this river water sharing deal was made 41 years ago and has to be reviewed,” he further added. Moreover, Mann claimed that although Haryana wants to build a canal, it is unnecessary because Punjab has no water to give to Haryana. “We will not build the canal, land has already been returned to the owners, and we have no extra water,” he concluded.

However, Mann claimed he made the decision not to hold an all-party meeting because the two opposition parties, Congress and SAD, have consistently abused the situation for political gain. Furthermore, he stated that he advised Haryana CM Manohar Lal Khattar to meet Prime Minister Narendra Modi and explain him the actual situation. “There is no surplus water in Ravi and Beas to share with Haryana, but I can accompany him (Haryana CM) and urge the PM to let water from other rivers to be distributed to Haryana. 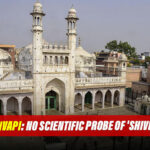 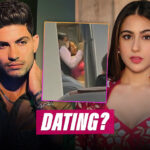