Actress Taapsee Pannu is on a roll with her bulk of forthcoming exotic concept-based entertainments. After announcing the new flick with Anurag Kashyap, the actress recently again announced her one more upcoming film ‘Woh Ladki Hai Khaan’, with Scam 1992 fame actor Pratik Gandhi

Makers of the film will portray the film as “frivolous comedy” which will give audience the ultimate giggle treatment with a love story. Woh Ladki Hai Khaan is also the directorial debut of Arshad Syed.

On another hand, film critic Taran Adarsh also shared the news on his Instagram Handle. Revealing more details about the upcoming Bollywood project, he added that the film will hit the floor by this year ends.

Meanwhile, Taapsee is busy with her engagements for upcoming back to back flicks. A few days back, the actress announced film Dobaara with director Anurag Kashyap. She has also finished her shooting for the film Haseena Dillurba in which she will be seen opposite Harshvardhan Rane and Vikrant Massey. 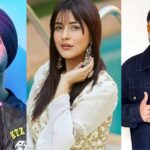 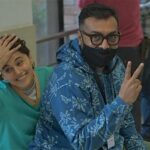