Nobody can argue against the fact that Tabu indeed is one of the finest and most phenomenal actors in the Bollywood Film Industry. She has been acting in the industry for more than 35 years and has given supreme performances in movies like Maachis, Chandni Bar, Drishyam and more.

Yes, the people adore the beautiful actress, but very few people know that the 50 YO Tabu is single and unmarried. And you’ll be more shocked to know that Tabu blames Ajay Devgn for it.

Also Read: Are You A Meme Expert? Guess Where This Meme Reference Comes From?

How can Ajay Devgn be the reason why Tabu is still single? If you think, there might be a story of their relationship in the past or something just like that, then let us clear it’s not like that. Then what’s actually the real story? Let’s unveil.

Tabu and Ajay Devgn are two childhood best friends who have been extremely possessive of each other. They have known each other for years and hence share an extremely beautiful and close bond of friendship. While giving an interview to Mumbai Mirror, Tabu had once revealed that Ajay used to often threaten boys who talked to Tabu.

Talking about the same, Tabu said, ‘He was my cousin Sameer Arya’s neighbour and close buddy, a part of my growing up years and that has laid the foundation of our relationship. When I was young, Sameer and Ajay would spy on me, follow me around and threaten to beat up any boys who were caught talking to me. They were the big bullies and if I am single today, it is because of Ajay. I hope he repents and regrets what he did.’

In another interview, she also revealed that Ajay would never advise her to get married because he knows her ‘too well’.

Talking about Tabu and Ajay Devgn, not only personally, but professionally also they are loved a lot together. They have shared screens in movies like Vijaypath (1994), Haqeeqat (1995), Thakshak (1999), Drishyam (2015), Golmaal Again (2017) and De De Pyaar De (2019). Now also, the duo is set to come back together in the upcoming sequel of superhit movie Drishyam. 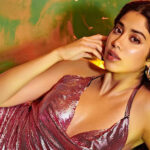 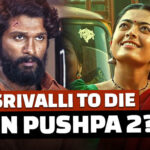