A Soldier Is Never Off Duty. This line suits defence soldiers perfectly. For our soldiers, holidays and vacations are almost non-existent. Here are some stories of soldiers and their bravery which will definitely fill your heart with pride and more than enough to give you goosebumps.

It is a viral story that in the Indian Army the Ghost of ‘Baba’ Harbhajan Singh who died during the 1962 China – India War still does his duty on Nathula Pass in eastern Sikkim, India. Moreover, legends goes like this that Harbhajan Singh led the Search Party to his body, and later, through a dream, instructed one of his colleagues to build and maintain a Temple/Shrine after him.

A shrine was built at his Samadhi in the hills. Army folklore holds Baba is a stickler for discipline and is known to admonish those who do not tow this line.

An Indian Army soldier Lieutenant Colonel Sripada Sriram created a Guinness world record for solo cycling (Men) by pedaling from Leh to Manali. The soldier set a new record for fastest solo cycling. He covered 472kms in 34 hours and 54 minutes. The soldier has undoubtedly made everyone proud.

Another story is when a massive avalanche hit an Indian army post in the Tangdhar sector near Line of Control (LoC) in Kupwara district on December 3, 2019. Mohammad Ilyas volunteered and rushed to provide his service.

Mohammad Ilyas retired as an honorary captain of the Indian Army and continues to save the lives of those hit by the fury of nature. He is an expert of a kind in saving people hit by avalanches and snowstorms.

Major General Somnath Jha (Retd.) VSM has covered 12,000 Km by cycling across the length and breadth of the country as a tribute to all martyred heroes of the nation. He traveled six months and dedicated 2 minutes to each martyr. This has surely won everyone’s heart that at the age of taking a rest, he has done all these deeds for his fellow mates.

The Indian Army doesn’t just safeguard our borders with utmost dedication but also contributes to the sports with some of the best athletes representing the country on the global stage. In the past Olympics, there were several athletes from the Army who had represented India in it.

5. Arjun Jat and Arvind Singh together participated in Rowing

Hence, it is proven that the life of the soldier is not easy as it is based on sacrifice and selflessness. From winning in war to winning our hearts, these brave soldiers made everyone proud. Kudos to our Indian Army! 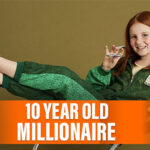 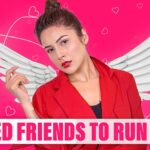