The teaser of Tandav, a political thriller series is coming out tomorrow. Ali Abbas Zafar is ready to make his digital debut with Saif Ali khan and series penned by Article 15 co-writer Gaurav Solanki.

Tandav, which is majorly shot in Delhi, is centered on the power corridors of Indian politics. Along with it, there is also a story about an institute, which is on the lines of JNU. These two stories clash and so do their protagonists. One is a student activist and the other is a renowned political leader.

In Tandav Saif Ali Khan will play the role of a politician who aspires to become the Prime Minister, and the plot takes into account various propaganda like Dalit politics and UP cops.

Sharing the first look and poster of the series on his Instagram account, director Ali Abbas Zafar wrote, ‘It’s about to begin 🔥. #TandavOnPrime, teaser out tomorrow.’

The political series will be start rolling towards the starting of the year 2021 on Amazon Prime Video.

Mean while in a recent interview Director Ali said ‘The team has already begun writing the second season of the show’.

If you like political drama then a Tandav is really on your way. 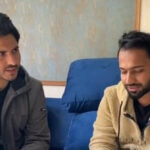 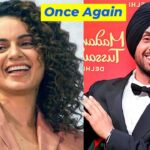