Ammy Virk and Tania are one of the current favourite on-screen couples of the Punjabi industry. After seeing them together in Sufna and Qismat, the audience was expecting much of their screen appearances together. ‘Baajre Da Sitta’ was the movie they were roped in for after their previously released films which is set to release on 15 July 2022.

The renowned writer Rakesh Dhawan has written this upcoming movie who has previously shown his amazing writing skills in the films like ‘Chal Mera Putt’, ‘Honsla Rakh’ and more. The film is being made under the Ammy Virk Productions and Simerjit Singh Productions.

However, the release date, name and other star cast of the movie has not been yet revealed by any of the makers and artists of the film. It is just that the team has shared a picture from the ‘Muhurat Shot’ with the writer and the director holding the clap.

Now is the time to witness the new project of Tania and Ammy Virk again after some superhit films. We will probably be seeing more from the film’s sets and other information related to this ‘Untitled’ film soon.

ALSO READ | Tania Was Supposed To Lead ‘Qismat’, Why Did She End Up Doing A Supporting Character Only?

Meanwhile, ‘Baajre Da Sitta’ starring Tania, Ammy Virk, Guggu Gill and Noor Chahal is set to hit the theatres next year in July. It is one of the most exciting upcoming projects as the audience will get to see fresh actor Noor Chahal, sharing the screen with the veteran actor, Guggu Gill. 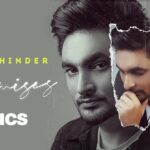 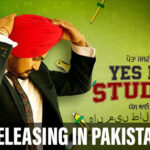