Tania is probably one of the most popular female actresses in the Punjabi film industry at the moment. Since her debut in 2018 movie Qismat, she’s been doing exceptional films that become a part of the Punjabi cinema’s history. Recently, the actress held an Instagram Q&A session and it turned out to be a very interesting one.

Tania made many shocking revelations in the Q&A and also informed the audience of the status of her upcoming films. Amidst all this, a fan wrote to Tania that she and Maninder Buttar would look perfect together. The fan had to just say this and Tania probably announced an upcoming Punjabi movie in her reply.

The actress replied that if this is the case, Maninder Buttar and she will definitely make a film together for fans in the future. She did not make any more comments regarding when the film might become a reality but her reply is hinting at a probable future project between the two talented artists.

The two artists are very good friends of each other, like best friends. They have been snapped together, having fun on the sets, off the sets and both spend a lot of time together. It won’t be a surprise to see Tania and Maninder working in an Punjabi film as lead actors.

Rather, it would be a treat to the audience because Tania is an exceptional actress and Maninder Buttar has never done a film. Making his acting debut with his friend and one of the most reputed actresses in the industry will be the dream debut for Maninder. 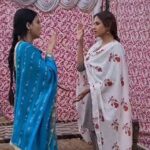 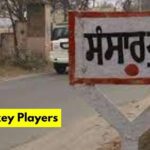