Ayushmann Khurrana is undoubtedly considered as one of the most brilliant and loved actors in the Bollywood Film Industry. He has entertained his fans with various superhit and prominent movies like Vicky Donor, Dum Laga Ke Haisha, Badhai Ho, Shubh Mangal Saavdhan, and many more. And now, he is ready with another soon-to-release Bollywood movie Anek.

The trailer of Ayushmann Khurrana’s Anek is finally out on YouTube and has already started garnering appreciation and positive comments from fans. The film is based on the injustice and discrimination experienced by people belonging to northeastern parts of India.

Also Read: When Mika Singh Caught Ayushmann Khurrana & Team Shooting At His Property And Got Offended

While teasing the fans about the trailer of the upcoming film, Ayushmann has also used a hard-hitting line in the caption. He wrote, “Desh ke har kone se uthegi ek hi aawaaz – Jeetega Kaun? Hindustan! Mission for peace begins!”

Ayushmann, in the film, will play the role of an undercover agent who is working on a mission of peace settlement between Tiger Sanga and the Indian Government. Which clears the fact that Anek is going to be a project packaged with abundant action and thrill. This will be the first time Ayushmann will be seen playing such a character, although he has played a police officer in Article 15.

Apart from Ayushmann, the film also stars actors like Deepika Deka, Manoj Pahwa and Kumud Mishra in pivotal roles. Its story and dialogues have been written by Anubhav Sinha who has also directed this most anticipated Bollywood project.

Ayushmann also shared his feelings about the film and stated, ‘Many actually celebrates being Indian. Anubhav sir has tried to set a new paradigm in the world of film making through this story. My character in this film has forced me to do things physically and mentally, which I have never done before. With the help of proper training, I have given my 100% to this film with all sincerity.’

The trailer of the film has left netizens impressed and all praises. Anek is expected to hit the theaters on 27 May. If you haven’t checked out Anek’s trailer yet, watch it here, 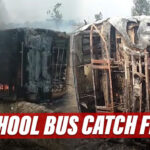 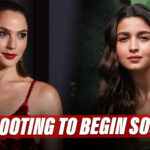