Today the Punjabi audience was eagerly waiting for the release of Tarsem Jassar and Wazir Patar’s song ‘Kingpin’. It is one of the post awaited and hyped collaborations of the punjabi industry. However, it seems fans will have to wait a little longer for this song. The song was scheduled to make it to the music charts today on 6 October, but it has been postponed and now the re-release date is yet not confirmed.

The singer Tarsem Jassar took to his social media handle to share this news with the audience. He mentioned that due to the latest brutal incident in the Lakhimpur Kheri district, the song has been delayed. He shows his deep condolences to the family and near ones of those protesting farmers who lost their lives in this incident. He supports the farmers and their protests and further shows his agony to the government and ends the message with the hashtag of No Farmers No Food.

Jassar always wins our hearts with his unique music and this time again he steals the limelight by supporting the farmers and postponing his songs. Also, Wazir Patar shares the post by Sikhexpo which shows the illustrations of this horrific incident.

The teaser of the song has already been out and created a buzz in the music industry. But for now, we can only hope that the farmers who suffered from this happening get justice on time. 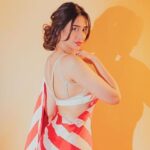 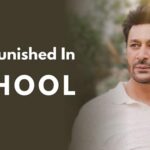