Punjabi Film Industry has the release of various movies pending in the queue. Coronavirus had affected the industry in a very adverse way which put various movies on hold. Hence, the movies are now releasing on a regular basis one after another.

But this continuous release of pending movies is also increasing the chances of clashes. For instance, three movies are releasing this week on 24 June which include a Bollywood movie Jug Jugg Jeeyo, and two Punjabi movies; Television and Sher Bagga.

Though the release date of Television was already fixed when the film was announced, Sher Bagga was scheduled to hit the silver screens on 10 June. But, due to the unfortunate demise of Sidhu Moosewala, the Sher Bagga team had decided to postpone the film. And now, both the awaited Punjabi movies will hit the theatres on 24 June and clash with each other.

This clash has also led to a distribution problem for the Television team. Addressing the issue, the team of Kulwinder Billa’s upcoming movie opened up in a press conference.

Gurpreet Ghuggi took the initiative and stated, “The release date of our movie was announced for a long time. The movie which had to change its date due to certain issues should have talked and discussed with us.”

Ghuggi also said that our producers couldn’t postpone the film as the promotions were already done. He also talked about the backlog of movies in the Punjabi industry due to Covid-19.

Gurpreet Ghuggi also said, “If we, the people of the industry, won’t give enough space to each other, it will create issues between them as well. When the release date of any film changes, they should be concerned about not affecting other’s projects.”
Also Read: Do You Know Tabu Blames Ajay Devgn Is The Reason Behind Why She’s Still Single & Unmarried?

Sher Bagga’s team has not released any statement or made any comment regarding this clash yet. Both the films seem to be really fascinating and are set to hit the silver screens super-soon. 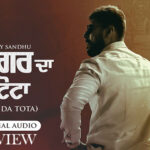 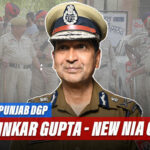