Not only this, Ayesha has also filed a case of Domestic Violence against Mustafa. Priyamani and Mustafa got married in August 2017. The cases in the query are in Magistrate Courts. Priyamani, a star of South, who was also well noticed and lauded in the web series ‘The Family Man’ and for Bollywood item number One Two Three Four in Chennai Express.

The former duo Mustafa and Ayesha have two kids. He told a news portal, “The charges against me are false. I am paying the children’s maintenance to Ayesha regularly. She is simply trying to extort money from me.”

He further asked why she had waited this long to press the charges, which also include domestic violence.

Ayesha said, “Mustafa is still married to me. Mustafa and Priyamani’s marriage is invalid. We have not even filed for divorce and while marrying Priyamani, he declared in the court that he was a bachelor.”

As for the delay, she said, “As a mother of two children, what can you do? One tries to sort it out amicably but only when it doesn’t work out, some steps need to be taken because you don’t want to lose out on time which he has been using against me now.”

Meanwhile, in a recent interview, National Award Winning Actress Priyamani says, “Mustafa is my lucky charm. I have become busier after marriage. I thank god that I got a wonderful partner like that who supports me in my work.” 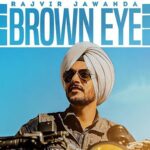