Aveera has announced that she will soon be appearing in Karan Aujla’s upcoming song. This song is one of her favorites which might be released in 2022. Further, the actress also unveiled that it will be a duet song. The official release date and the title are not yet revealed. But fans are eagerly waiting for the official announcement. As the actress has earlier featured in one of Karan Aujla’s hit song ‘Jhanjar’ which got immense love from the audience.

Now fans are waiting for the official announcement regarding the upcoming project to be released as soon as possible so that they can finally watch the beautiful Aveera share screen with Karan Aujla.

Meanwhile, Aveera has worked with many notable artists in the Punjabi industry and now this collaboration will be one of the most awaited news for the fans. Speaking of Karan Aujla, he never fails to rule over the music charts with his songs. And now let’s wait and see what blast he will do with this forthcoming track. 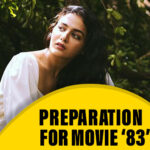 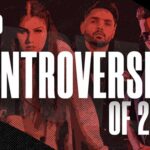