Aamir Khan’s Laal Singh Chaddha is constantly under dark clouds since it was announced. The boycott trend has eaten the cinematic brilliant remake of Forrest Gump (1994). Soon after its release, an FIR was also lodged against the makers of Laal Singh Chaddha.

As all these were not enough, Aamir’s movie is now targeted by one of the finest and controversial bollywood directors, Vivek Agnihotri. Vivek fires shots at Laal Singh Chaddha’s lead actress Kareena Kapoor Khan’s request to not boycott her film.

Kareena Kapoor Khan, the leading lady of Laal Singh Chaddha film recently said that around 250 people have worked hard in this film and one should not boycott it. But The Kashmir Files director Vivek Agnihotri has other opinions and thus, slammed Kareena for her request and he also remarked that The Big Dons Of Bollywood boycott and sabotaged small films. He allegedly said that the Indian audience will drown the Hinduphobia of actors in hot coffee.

Also Read: From The Kashmir Files To Punjab 1984: Movies That Are Based On History & Trauma Of Indians

Vivek took to his Twitter and questioned Kareena, “When good content small films are sabotaged, boycotted by the dons of Bollywood when their shows are taken away by multiplexes when critics gang up against small films… nobody thinks of 250 poor people who worked hard on that film. #Bollywood.”

Later in another tweet, Agnihotri mentioned, “Why does nobody from Bollywood raise their voice when the kings of Bollywood boycott, ban and destroy careers of so many outsider actors, directors, writers? The day common Indians get to know the arrogance, fascism and Hinduphobia of the dons of Bollywood, they’ll drown them in hot coffee”.

Vivek Agnihotri is the director who brought to the silver screen the suppressed truth of the ‘Genocide of Kashmiri Pandits’ with the superhit 2022 film “The Kashmir Files“.

Also Read: The Huge Difference Between Budget And Collection Of The Kashmir Files Will Blow Your Mind

If we talk about other challenges that Laal Singh Chaddha is facing right now, then its box office collection is a major concern. Made on a huge budget of around ₹180 Crores, Laal Singh Chaddha roughly earned around ₹48.33 Crores after six days of its release. Laal Singh Chaddha certainly deserved better reception but the hatred trend against the film turned it into a disaster for Aamir Khan and team. 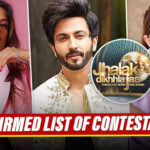 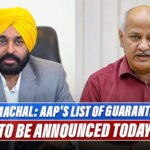