Neal Chatha who is known by his stage name The PropheC, is an Indo-Canadian singer, songwriter, and producer. The artist has collaborated with many notable singers of industry like Amrit Maan, Sidhu Moosewala, Ikka.

Known for his heart touching emotional style of music, The PropheC brings his signature sound and adds his own unique style to the song.

Recently, The PropheC has treated his fans with the poster of his upcoming song ‘To The Stars’. Though many details of the song haven’t been revealed. But The PropheC drops the releasing date of the song. ‘To the Stars’ will be dropped this week on 17 September.

Speaking of the look of the poster, the song seems to be very soothing and captivating. It will be released under the label of ABC Digital and 360 Worldwide.

Take a glimpse at the poster of ‘To The stars’:

Prolific artist The PropheC has both national and international fan following as his music is distinct, sung in Punjabi with English scattered in. Meanwhile, the news of his upcoming song has created a buzz among the fans and now they can’t wait to hear the song on September 17.

How Did PropheC And Sidhu Moosewala Create The Melodious Sohne Lagde? 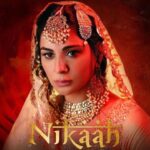 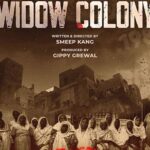