The fans of the Punjabi Film Industry are going to witness an amazing time in the near future because various movies have been announced for their release. Recently the release date of the awaited movie ‘Haterz’ has been announced and the movie is all set to hit the silver screens on 12th November 2021. This movie is already a topic of discussion among the fans of cinema because they are keen to witness Pukhraj Bhalla on silver screens.

Karamjit Anmol and other team members of the movie took it to their Instagram accounts where they shared the poster of the movie which also disclosed the release date of the project. The fans have their eyes on the movie also because it is going to mark the acting debut of Pukhraj Bhalla, the son of popular comedian and actor Jaswinder Bhalla. Apart from him, the movie will also feature actors like Lucky Dhaliwal, Amrit Amby, social influencer Harsimran Attli, and senior actors like Seema Kaushal and Malkeet Rauni.

The movie is directed by Manpreet Brar, and is presented by Ranjit Singla Production. Talking about the making of the movie, the shooting of the project was wrapped by the end by July and recently Pukhraj had also shared about the dubbing session of the movie.

No information about the theme of the movie is revealed by the team yet, but the excitement of the fans surely is on cloud nine. And we hope this project lands at par the level of the same. 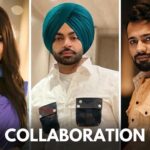 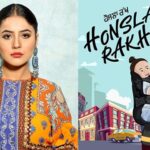