Here is the good news for all the cinema fans as it’s a wrap up for upcoming Punjabi film ‘Snowman’. The cast shared pictures and videos from the celebration of the last day of shooting. The shooting for this film was started at the end of January 2021.

The upcoming movie will star Gippy Grewal and Neeru Bajwa opposite each other in lead roles. Gippy shared stories on Snapchat which shows the team cutting the Wrap up cake of Snowman.

The film is written and directed by Rana Ranbir, and the official account of Snowman film kept updating the fans about every detail of the film.

Snowman is scheduled for its release in 2021, but for now no exact date has been announced.

This film marked the reunion of Gippy Grewal with Neeru Bajwa. This much loved pair will be seen together in Snowman and another much awaited project Paani Ch Madhaani.

If just like us, you too are a fan of this pair, let us wait together for its release date to be announced.

Also Read: Who Is The Mystery Girl Posing With Jassie Gill In Recent Pictures? 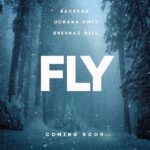