One of the most soulful voices we have in the Punjabi music world is of B Praak. However, the musical artist was always more inclined towards music production and direction than singing. But it was always his dream and wish to sing a song and it was in 2017 when he finally introduced himself as a singer with his song ‘Mann Bhareya’.

The song has touched the hearts of people and even after so many years of it’s release, it is still stuck in the minds of the people. But the artist rose to utmost fame before the arrival of this song. B Praak has revealed in one of his interviews, after turning 18, he did a lot of struggle in his life. He went to learn how to compose music on computers.

Though he wanted to become a singer, his father pushed him into the field of music direction which ultimately helped the musician to rise to fame. He then met with renowned lyricist Jaani. Both the artists were freshers during that time. So together they made a team and composed various songs. They sometimes faced rejections but other times were praised for their work.

After that, they met Harrdy Sandhu and this trio then worked together for the song ‘Soch’. The song was not only a life changing game for Harrdy but Praak, Jaani and video director Arvinder Khaira’s life were too affected positively. And this trio has remained one of the best trios of Punjabi Industry till date.

After becoming a distinguished artist, B Praak composed and produced music for numerous tracks of singers like Jassie Gill, Harrdy Sandhu, Amrinder Gill, Diljit Dosanjh, Gippy Grewal and other artists. The singer then thought of coming up with a song which contained his vocals. The song ‘Mann Bhareya’ which he wrote in 2015 has seen the light of the day in 2017.

ALSO READ | Who Made B Praak Change His Name Not Once But Twice!

Moreover, not only professionally, but speaking of his personal life, he is a true admirer. The singer has always been dedicated to his family and especially his wife, who he calls his ‘queen’. The couple has been happily married for 3 years now and are proud parents of a baby boy, whom they’ve named Adab.
Coming back to his professional front, if we listen to the song today, it still remains fresh in the mind and the hearts of the audience. He even stepped into Bollywood with songs Pachtaoge, Maana Dil, Teri Mitti and many more and bagged many national as well as International awards. The diligent journey of B Praak not only inspires us but gives us a ray of hope for succeeding to cloud nine. 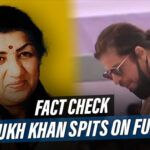 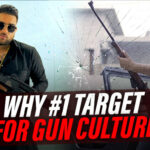