The Bollywood Industry is soon going to see some major hustle and bustle because Raveena Tandon and Govinda are making their comeback to Bollywood. The most superhit on-screen jodi of the 1990s and 2000s is going to reunite once again, how is the news not big?

Raveena Tandon uploaded a bunch of pictures with Govinda on her Instagram account to deliver this amazing news to her and Govinda’s fans. Who does not love them? This duo has given Bollywood some of its greatest classics and their movies are watched in every Indian household till date.

YouTuber CarryMinati Net Worth Earnings: You Will Be Shocked For Sure

Aunty No. 1, Pardesi Babu, Rajaji, Dulhe Raja, Akhiyon Se Goli Maare, Waah! Tera Kya Kehna, Anari Jo. 1 and god knows how many more. Name one other jodi apart from Govinda and Raveena which has given so many hits to us. No, you can’t, because there aren’t any!

Govinda will be making his comeback after the 2019 release, Chashma Chadha while Raveena Tandon was last seen in the 2019 Khandaani Shafakhana. Raveena Random is also a key feature in the upcoming Blockbuster KGF chapter 2, alongside Yash and Sanjay Dutt.

No details have been revealed regarding the superhit Jodi’s comeback in the industry. Raveena Tandon has kept quiet regarding any more information from her side.

How Much Do Flying Beast, Gaurav Taneja Earns? Read To Know His Income 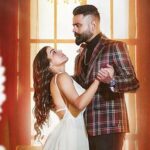 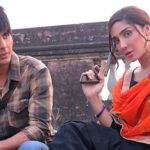